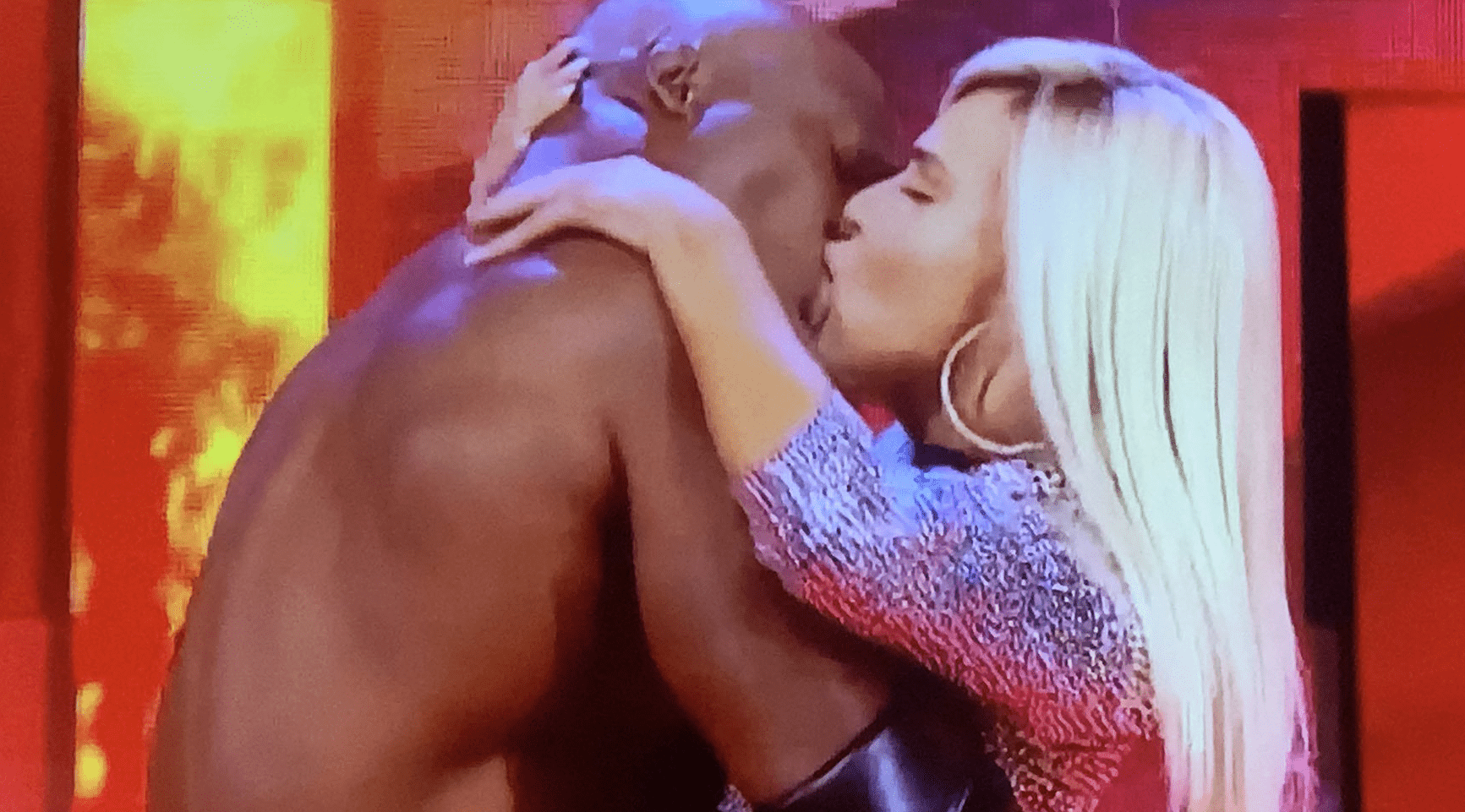 WWE Raw held their big season premiere tonight and the final match was a Universal Title encounter. Seth Rollins ended up facing Rusev because Brock Lesnar took out Rey Mysterio (and his son) so, they figured out a new opponent.

Click here for our complete WWE Raw results from this week.

In a very interesting note a limo pulled up right before the final commercial break before the main event match. People were wondering who was in the limo and there were wrong answers thrown all around the IWC.

Rusev and Rollins worked a pretty good match and then Bobby Lashley’s music hit. He stood on the ramp and motioned for someone to come out and then Lana emerged. Rusev stood still in the ring and watched Lashley make out with his wife.

This was how the match ended because The Fiend then showed up to take Seth Rollins out.

So, if you were wondering what they were saving Lana for, she’s now making out with Bobby Lashley on television. We can only assume this will lead to a feud between Lashley and Rusev, but you never know in WWE.