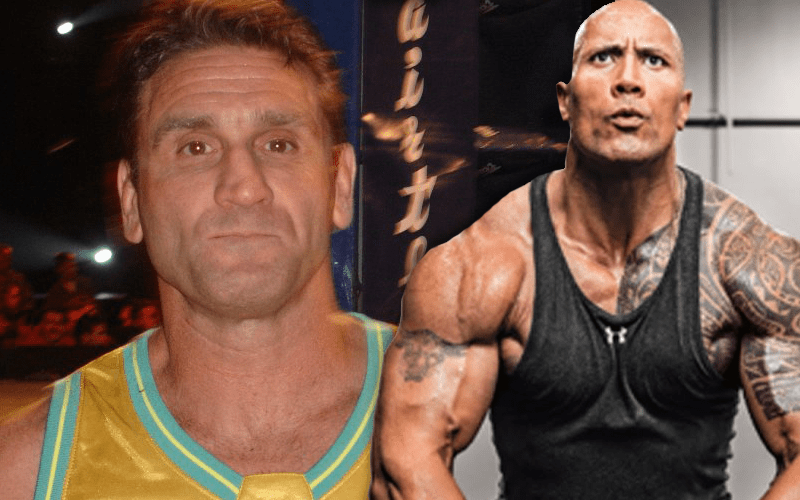 The Rock’s life might be much different now that he’s not involved with WWE everyday, but he will never forget where he started.

The Great One really seemed to enjoy Chris Van Vliet’s new interview with Ken Shamrock, because it made him late to the gym. It was probably worth it because Dwayne Johnson owes a lot to Shamrock for being so gracious to him as he was just getting started as Rocky Maivia.

Great interview, Chris! Watched the whole thing and now I’m late for the gym . @ShamrockKen always one of my favs. Our big program was the first of my career and always grateful to him for being a stand up guy, beast & businessman. And that sick chair shot. #geeezus

The Rock’s walk down memory lane was read by Shamrock who suggested that they do a little training. Apparently, Ken Shamrock really wants to make The Rock tap out.

@TheRock Brother you and me should train together and see who taps out first because we both still got it! You should also have @ChrisVanVliet out to the Iron Paradise for an interview.

It’s not likely that The Rock will take Ken Shamrock up on his offer to shoot wrestle him until someone submits, but it’s a nice thought.