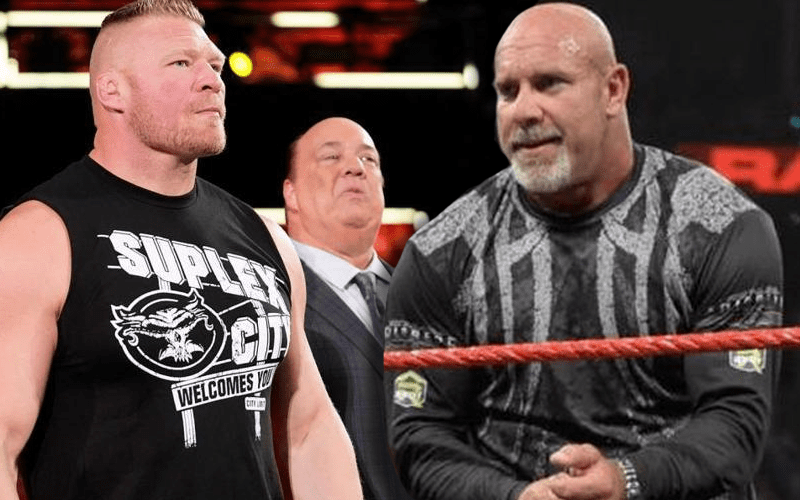 Goldberg has transitioned himself from a retired pro wrestler to one who can show up every so often and destroy someone for a big pop. He might not be full-time, but WWE certainly has use for someone with his unique set of skills.

Brock Lesnar also works a part-time schedule, but he shows up more than Goldberg. It is Paul Heyman’s intention that the two will have the same assignment eventually.

The Wrestling Observer Newsletter noted that Paul Heyman wants Goldberg to continue showing up occasionally so he can “destroy people, as an old legend.” It is said that this is going to be similar to the role that Bruno Sammartino was used in against Bob Backlund.

The long-term idea for Goldberg is that he will continue destroying whoever is next for several years until Brock Lesnar is able to take his spot.

Long-term the idea would be Goldberg in that role for several more years, and eventually that role would go to Lesnar

We’ll have to wait and see how long Goldberg will keep returning for one-off matches. When he is ready to finally call it a career then WWE has Brock Lesnar primed and ready to step in.