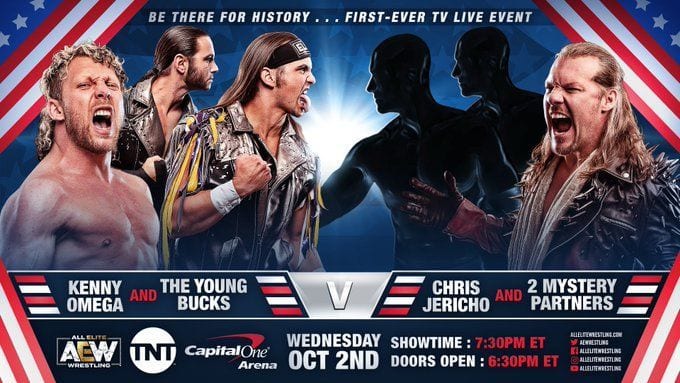 All Elite Wrestling: Dynamite will debut on October 2nd. TNT will be getting a lot of attention from the pro wrestling world and the show is promoted to include two surprises. Now we have a pretty good idea what they are planning.

Chris Jericho will pick two partners to face Kenny Omega and The Young Bucks in a six man tag team match. The Wrestling Observer Newsletter noted that the former LAX is expected to fill those mystery roles.

The expectations have been Ortiz & Santana, and that makes sense with their attack on the Young Bucks at the All In PPV, but they are still advertising it as mystery partners.

Ortiz and Santana are expected to go as PnP (Proud n Powerful) in AEW since they changed their social media handles to reflect this new moniker.

We’ll have to see who actually ends up partnering with Chris Jericho during the AEW: Dynamite debut on TNT. Since the word got out about what is expected, it’s always possible that All Elite Wrestling could switch up their plans just to shake things up.