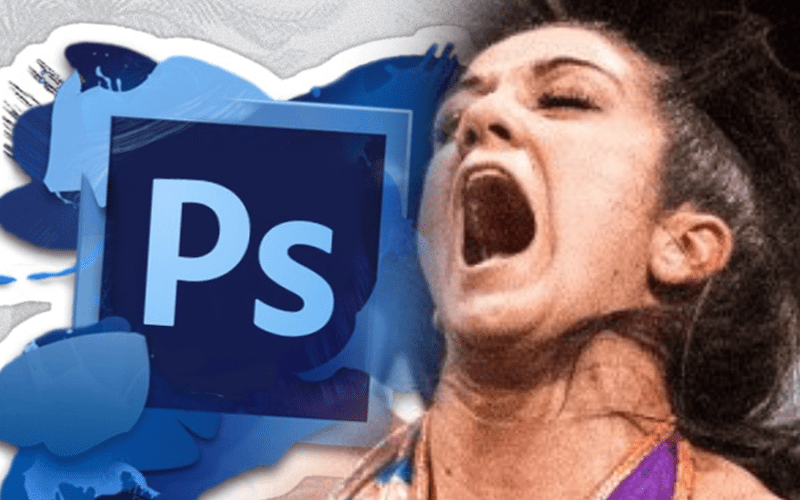 Bayley is SmackDown Women’s Champion, but WWE doesn’t give her the best spot in their graphics sometimes.

Becky Lynch recently called Bayley out for being the champion, yet she is positioned behind Sasha Banks in their match graphic promoting October 4th’s Friday Night SmackDown debut.

Surprisingly, Bayley replied back and seemed to agree with Becky Lynch’s point. She also added in a factoid that the title she’s holding was even Photoshopped in.

They also didn’t even bother to post a real picture of me with my title. It is edited.

Perhaps next time the WWE graphics department can use a picture where Bayley is actually holding a title. Those shouldn’t be too hard to come by since she is still SmackDown Women’s Champion.