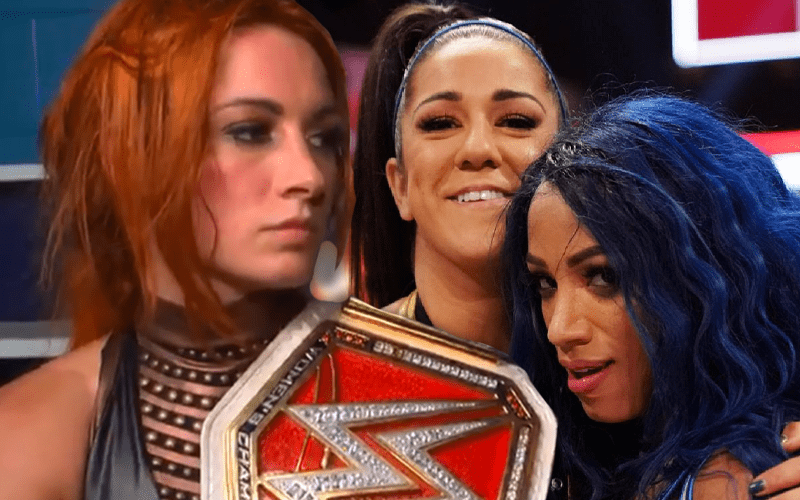 Becky Lynch is pretty observant and she really let one go on Bayley recently.

Lynch is set to tag with Charlotte Flair to face Bayley and Sasha Banks next week on the premiere of Friday Night SmackDown on Fox. The Man noticed that there was something interesting about the promotional graphic that WWE put out for their match.

Bayley was featured behind Sasha Banks in the graphic even though The Hugger is SmackDown Women’s Champion and it’s not even The Boss’ brand. This was something that Becky Lynch made sure to call to Bayley’s attention.

Hey @itsBayleyWWE, they put you behind Sasha on your own show, even though you’re “the champion.” Guess you don’t mind being overshadowed like that? More loyalty than pride it seems.

This was a pretty big burn, but it also gives us a lot to talk about. Perhaps as SmackDown Women’s Champion Bayley might be able to say something to WWE’s graphics department about bumping her up a little bit.