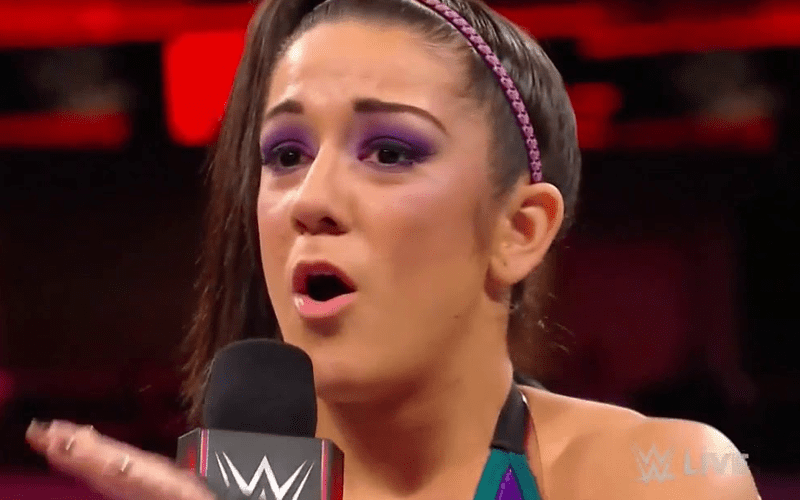 Bayley doesn’t really get the attention that a champion should, but that’s not going to slow her down.

Becky Lynch recently took a shot at Bayley for being overshadowed by Sasha Banks in a promotional graphic. This was followed by Bayley also admitting that WWE even Photoshopped in her title.

Bayley carried on as she pointed out that she doesn’t get featured on the cover of video games, magazines, or WWE’s movies. She doesn’t even have a spot on the Hell In A Cell card yet.

I also still don’t even have a match scheduled for HIAC.

I also am not on the cover of a video game, or a magazine, or marquees, or in movies.

That also does not change the fact that I will demolish you in this match next Friday. And lucky me, I will have a best friend to laugh about it with afterwards. Which is a little more rewarding than your temporary fame and publicity.

Hopefully, Bayley will get a match on the Hell In A Cell card, but every title doesn’t have to be defended on each pay-per-view. It still might be a great idea to book more matches because they only have three in place as of this writing.

Perhaps Bayley will someday get all of the attention that she was talking about. As for right now she seems pretty happy living her dream as a WWE Superstar.