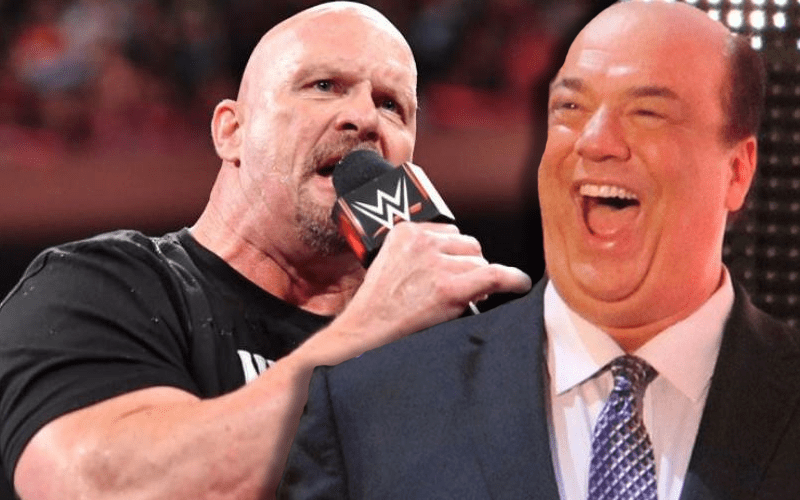 Paul Heyman’s entrance into the Executive Director position on RAW was a slow process, but now it looks like we’re seeing even more of his influence on a weekly basis. Steve Austin is apparently a fan.

While speaking to Sports Illustrated, The Rattlesnake praised Paul Heyman for being the right man for the job on RAW. He knows the product and can bring fresh ideas as well.

“That is the right guy for the job. Paul E. has a vision of what this business should be. He’s working under the watchful eye of Vince McMahon, but Vince is looking at so many big pictures while Paul is going to focus on this.”

“Paul E. is really close to the pulse of the product. He understands where and why the business should be, and how it should feel. You should feel something when you watch that show. Paul E. is hungry to bring back this industry to its heyday. There is already more of a sense of urgency and importance of the world title.”

Paul Heyman’s influence will soon become interwoven with the very fabric of RAW on a weekly basis. He has already brought a lot of good ideas to the table and pushed some Superstars as well.

We can only imagine that the innovative ideas are going to keep coming as the Paul Heyman Era of RAW continues.