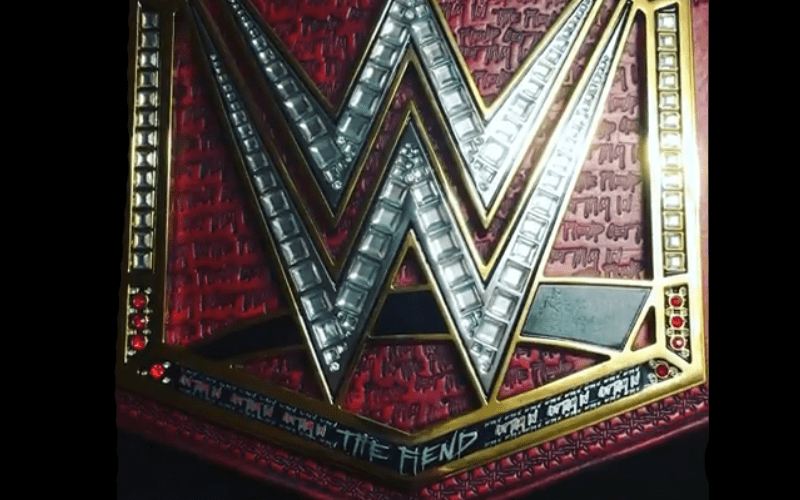 Bray Wyatt has a Universal Title match scheduled for Hell In A Cell against Seth Rollins. This could see him pulling down WWE’s big red belt, but does he have a custom one on the way?

We previously reported that WWE was kicking around the idea of giving Wyatt his own custom title. A new video has come to light of a custom Wyatt Universal Title and it’s absolutely sick, however, it’s also not real.

Paul Martin of Paul Martin Belts commented on a post that clarified the origins of this amazing Bray Wyatt belt after Twitter account @ACFromNY shared it. The work is his own and not official. That doesn’t stop us from wishing WWE would buy this design off of him.

[It came from] My Instagram. This isn’t the real belt it’s a replica belt I changed the leather on. This account hasn’t bothered to clear any of that up though or credit me as they’re obviously out for clicks

We really have to give Paul Martin some big time credit for this one and he deserves it. You never know if Bray Wyatt might be rocking a custom title soon enough. If he does we hope it’s as cool as this one.