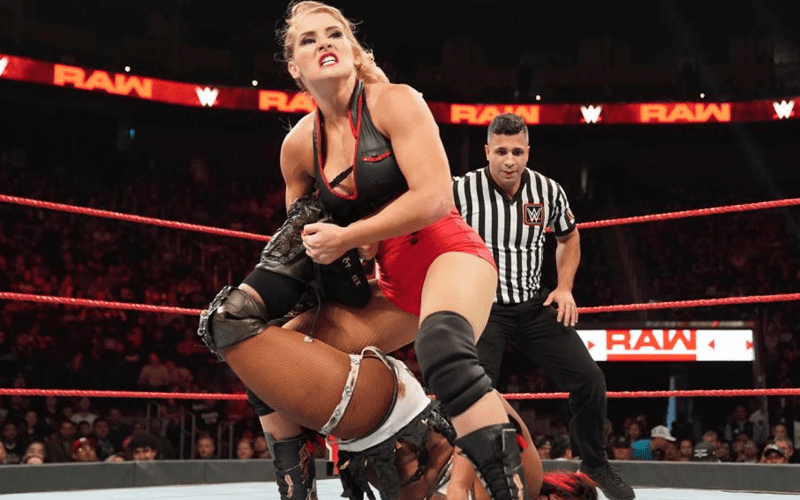 Lacey Evans got a lot of attention over the past few days as footage of her cutting a promo on a Canadian police officer was picked up by mainstream outlets. Evans claimed that this event was staged, but the official word from Canada’s police say it was not.

During RAW this week, Evans attempted to lock on a Sharpshooter which did get her the win over Ember Moon, but she didn’t get all of the move.

Natalya later took a dig at Lacey Evans for botching the move which seemed very spontaneous.

It was noted on Wrestling Observer Radio that Natalya calling out Lacey Evans’ both of the Sharpshooter was an audible. Evans obviously wasn’t supposed to mess the move up, but at least Nattie was able to work with it.

We’ll have to see if Lacey Evans will be able to show Natalya that she has mastered the Sharpshooter eventually, but she didn’t thrill many fans this week on RAW with her execution of the move.