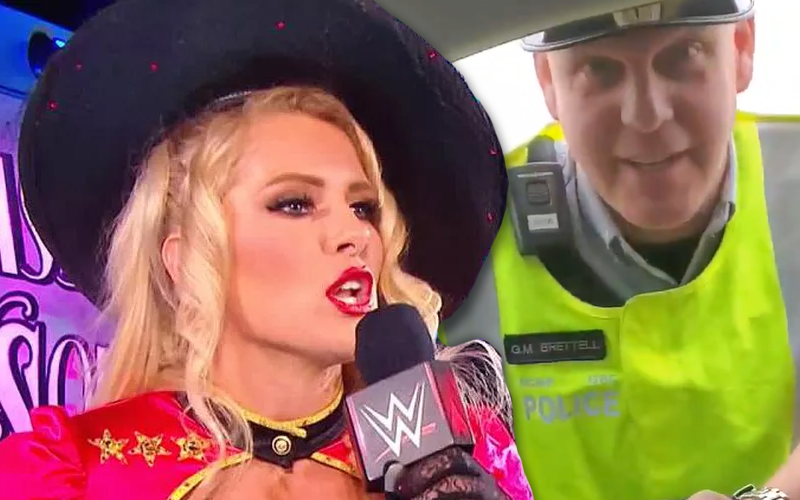 Lacey Evans knows a thing or two about staying in character. She’s credited her unbreakable concentration to her years as a U.S. Marine. Apparently, that character doesn’t even break when she gets pulled over.

The Lady Of WWE recently uploaded a video where she was pulled over by a police officer. She also stayed in character the whole time.

Along with a video to document the event, Evans provided the following caption for reference:

2. You know Exactly who I am.
3. You will be speaking to my lawyer.

Lacey Evans called this Canadian police officer “nasty” and refused the ticket. It’s too bad he didn’t know who she is.

You can watch the video below. It’s good to know that even if she’s not appearing on WWE television every week anymore she’s still getting practice cutting promos on someone.