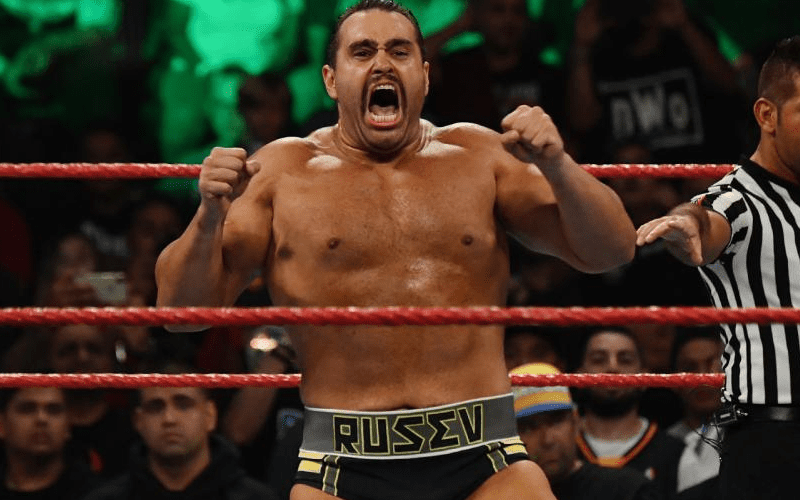 Rusev returned last week on RAW and he looked great. He is far more cut than he was before and this week he was relentless as he continued his crushing ways.

Whoever is responsible in deciding how much Rusev weighs in the storyline might not have noticed.

During Wrestling Observer Radio, Dave Meltzer brought up the fact that although Rusev has dropped a considerable amount of weight WWE hasn’t seemed to notice when it comes to his ring announcement.

“He went from being this bulky 300 pound powerhouse to being — I don’t know what he weighs now. I mean he looks 250, you know. The point is that they announce him at the same weight that he was before and it’s like shouldn’t you adjust that from what he was before? Because they announced him at 304 pounds.”

Perhaps they will eventually change Rusev’s announced weight. He certainly did enough work to warrant WWE knocking some pounds off of his ring entrance.