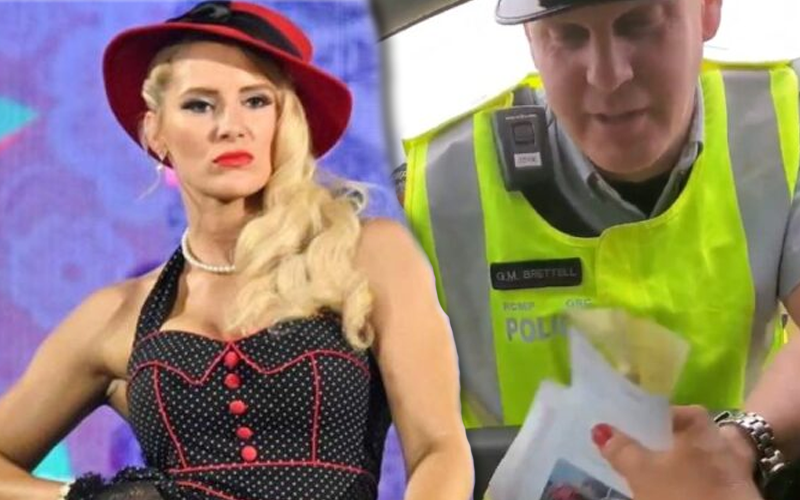 Lacey Evans is a WWE Superstar and she doesn’t appreciate it when people don’t realize this. It doesn’t matter if you’re a civilian or a police officer, Evans will still give you a piece of her mind.

Now Lacey Evans is coming clean about the video because it was all a work.

As prior law enforcement myself and I United States Marine, I do not condone, agree with, or promote disrespecting or making LEO’s jobs harder than they already are. The video was created by both parties to promote the local live event taking place in the Edmonton area. As a sports entertainer its my job to not only entertain, but also set a proper example. So with that being said… I’m glad you all were entertained, but if you ever try to honestly disrespect or put my brothers and sisters in blue in harm… i hope you get what you ask for – Sgt Estrella

It’s a good thing that Lacey Evans set the record straight. After all, she is a role model for people and it’s never a good idea to cut a promo on a police officer.

Let’s just hope that the next time she decides to go viral with a publicity stunt, Evans won’t need to put out a PSA before someone accidentally gets themselves in handcuffs for recreating her actions.