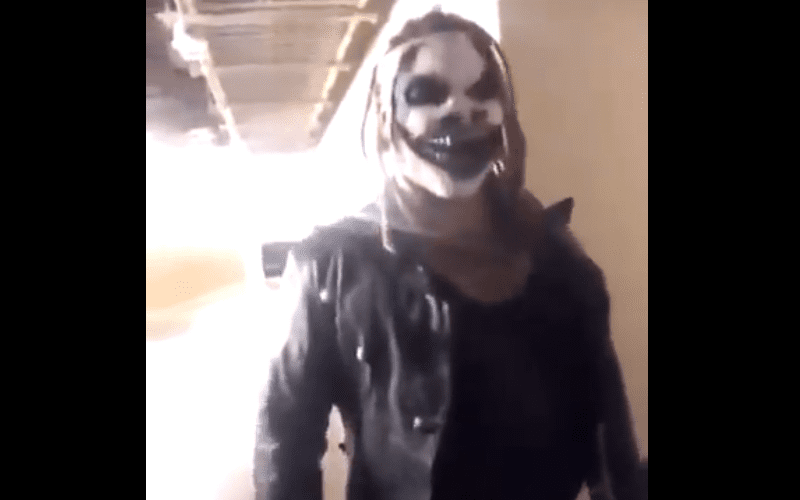 Bray Wyatt’s Fiend character has captured the imagination of fans all around the world at this point. The Fiend is still pretty scary when he’s just walking around backstage.

The Fiend wrestled Seth Rollins recently at a Canadian house show. You can check out their match here. It appears that Wyatt is getting more experience in the ring working with his new mask before Hell In A Cell.

Dana Brooke posted a short clip on her Instagram story of Wyatt backstage. As you can see, he had his game face on aka his Fiend mask.

He looked the camera dead in the eye and you could tell that he was ready for business. Let’s hope that WWE can continue to use Bray Wyatt’s Fiend character effectively, because he’s off to a great start already.