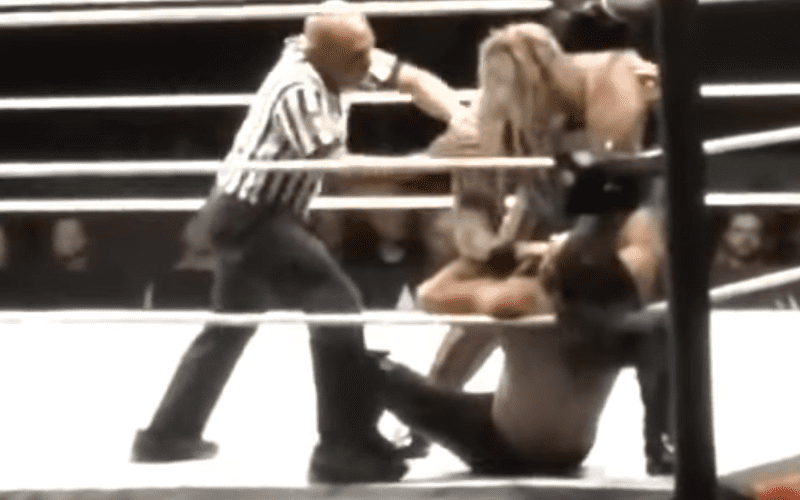 Bray Wyatt’s Fiend character has yet to lock horns with Seth Rollins on WWE television, but that was not the case for some very lucky fans at a recent live show.

WWE brought their show to Calgary last night and they had an amazing featured match between The Architect and The Fiend.

They were able to give fans some intense action and still not make anyone lose their heat in the encounter. After Bray Wyatt kept on the Mandible Claw for over five seconds, the referee called for a DQ.

You can check out the video below. Hopefully, this is just a taste of the excitement that fans can expect on October 6th when the two battle at Hell In A Cell.