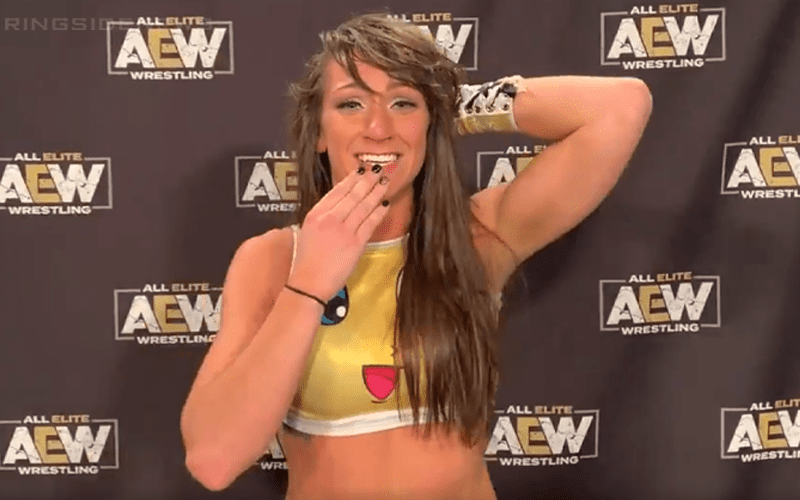 Kylie Rae requested her release from All Elite Wrestling. It’s unclear why she did this, but Tony Khan said the split was amicable. Rumors that she wouldn’t be returning to the ring started to spread, but it looks like they were a little presumptuous.

It was previously reported that Kylie Rae was dealing with a medical issue and this is the reason why she didn’t appear at a few AEW events. Then it was revealed that the company granted her release.

In a rather surprising move, Freelance Wrestling has announced that Kylie Rae will be replacing Shotzi Blackheart in an intergender contest against Isias Velazquez on tonight’s Game Of The Genders event.

#FreelanceWrestling just announced that #KylieRae will be replacing #ShotziBlackheart in a match against #IsaiasVelazquez tonight at their “#GameoftheGenders” show. #KylieRae recently asked for her release from #AEW and mysteriously disappeared from all social media

It is interesting how they used the fact that she deleted her Twitter account as a means to plug the show, but she never did address the issues surrounding her AEW release.