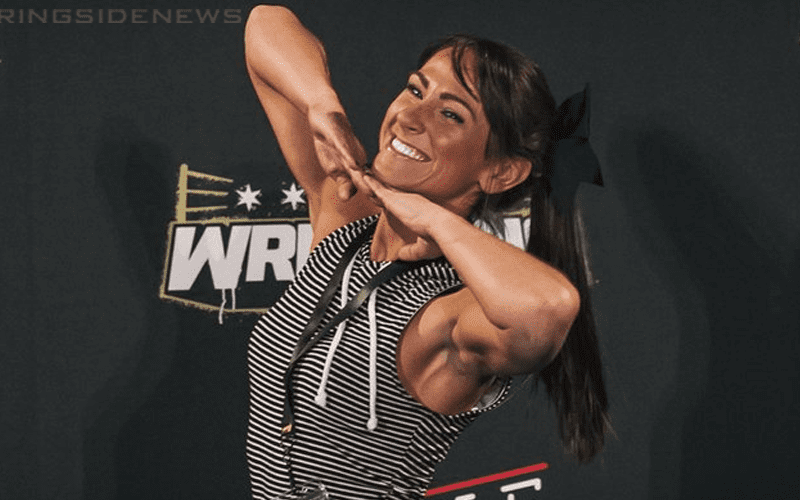 AEW was preparing to make Kylie Rae a big star for the company, but things just didn’t work out.

Rae disappeared not too long ago. She deleted her Twitter account and wasn’t booked for a couple AEW shows in a row. Reports came out that she was dealing with a medical issue, but no details were known. Then it was revealed that she asked for her release from AEW and it was granted.

Brad Shepard reports that Kylie Rae is actually retired from pro wrestling. We’re not sure what the details are at this point, but he suggested that Tony Khan shouldn’t have tried to “feign transparency” on things that he can’t talk about.

According to a source, former #AEW pro wrestler Kylie Rae is now considered to be retired from pro wrestling. I’ll say this much – Tony Khan would’ve been better off keeping his statement short and simple rather than feign transparency on details which he knows he can’t discuss.

This is unfortunate because Kylie Rae was poised to be a big star in AEW. She was praised for her attitude and commitment before AEW Double Or Nothing, but then she requested her release.

Cody Rhodes even generated a little bit of buzz when he said something about Kylie Rae doing Bayley’s gimmick the right way.

We are wishing Kylie Rae the best as she embarks on the next phase of her life, whatever she chooses to do.