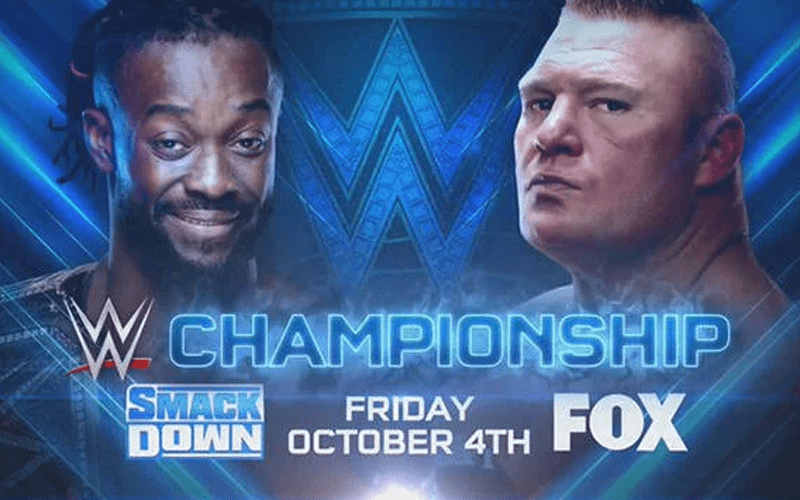 WWE has a lot of plans for their move to Fox and they aren’t pulling any punches when debuting on their new network either.

Brock Lesnar really shocked a lot of people when he showed up to challenge Kofi Kingston for the WWE Title. This confrontation will go down on October 4th as SmackDown debuts on Fox, but WWE has their reasons.

The Wrestling Observer Newsletter reports that WWE wants to give Fox a legit sports feel. This “makes all the sense in the world” that they would place the title on Lesnar during their Fox premiere.

It was also reported that “Fox will get Lesnar since there is no Rousey now” because Ronda Rousey is still on her hiatus from the company.

Any time you have Brock Lesnar around there’s always a chance that Paul Heyman could pull for a swerve since he really loves booking unexpected moments. We’ll have to see who is WWE Champion following October 4th’s episode of SmackDown, but the two are booked to have a face-to-face once again in Philadelphia on November 15th.