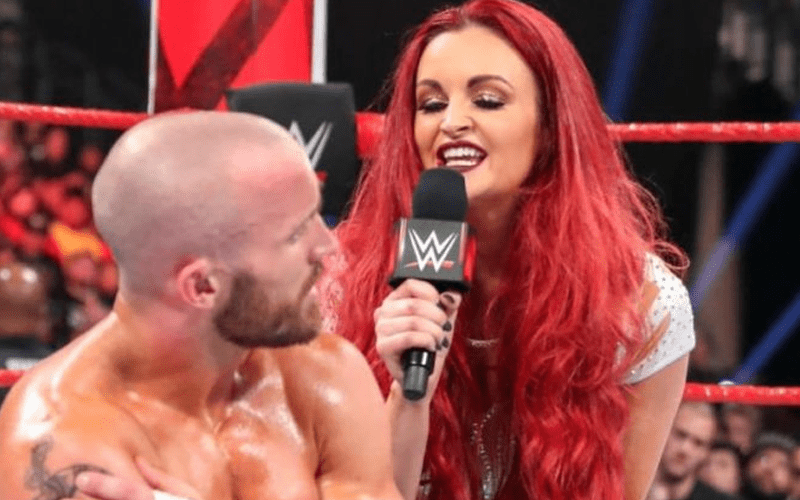 WWE has a lot of on-going storylines, but none of them are as scandalous as who is Maria Kanellis’ baby daddy. Apparently, her husband Mike Kanellis is not the father.

This is a storyline, but WWE is making the most of it in a big way. They used it to bring Rusev back this week on Raw, but the Wrestling Observer Newsletter noted that “Rusev is not the answer.”

WWE’s plan is to “build to that as a mystery for a ratings boost.” This plan makes us very curious as to who WWE plans on revealing as the father of Maria Kanellis’ second child.

It was also noted that this segment will be used more as “a running joke than an angle.” Still, it has certainly peaked our interest.

We also have to wonder how much longer Maria Kanellis will be able to keep traveling with WWE as she announced that she was twenty weeks pregnant this week.