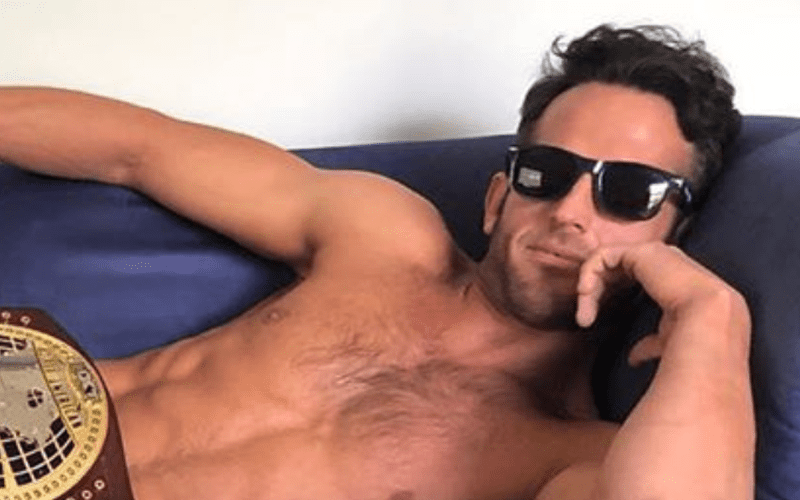 Roderick Strong defeated Velveteen Dream in the debut episode of NXT on the USA Network. This was a big moment for the Undisputed Era as the entire stable is now covered in gold.

Shawn Michaels is now a WWE Performance Center coach. He also had a very successful run as a WWE Superstar. Back in the day, HBK proved he was the Heartbreak Kid by posing for Playgirl Magazine. He had a very famous pose where he was naked with only the WWF Winged Eagle belt covering his private area.

Roderick Strong couldn’t resist the urge to recreate The Showstopper’s famous pose. He had a big smile on his face and sunglasses along with his NXT North American Title, but nothing else.

It looks like Roderick Strong is already having a great time with his title.