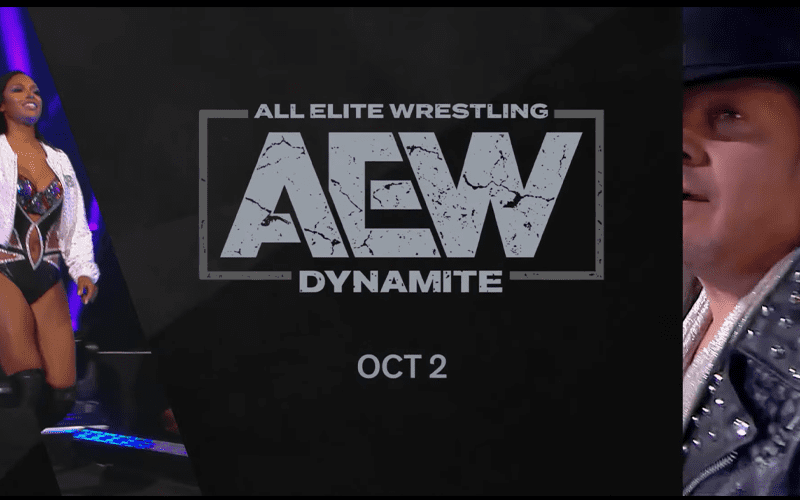 All Elite Wrestling: Dynamite is coming to TNT on October 2nd. This will be a big night for a lot of people, especially the AEW roster.

AEW’s upcoming television show’s name leaked online already and fans have reacted in a big way. Now that All Elite Wrestling has a chance to put some branding behind the idea it seems to be coming together.

The first posters AEW released for All Elite Wrestling: Dynamite were pretty great. Now we have an official trailer as well.

As time goes on, Dynamite will grow on fans who are still resisting the name. The important part is that there is another pro wrestling show on cable television and it is full of very exciting stars.

You can check it out below, but this will likely be just the first of many promos for AEW’s television show.

Of course, if you ask Kenny Omega, he has a lot to say about NXT as well. Let the Wednesday Night Wars begin.