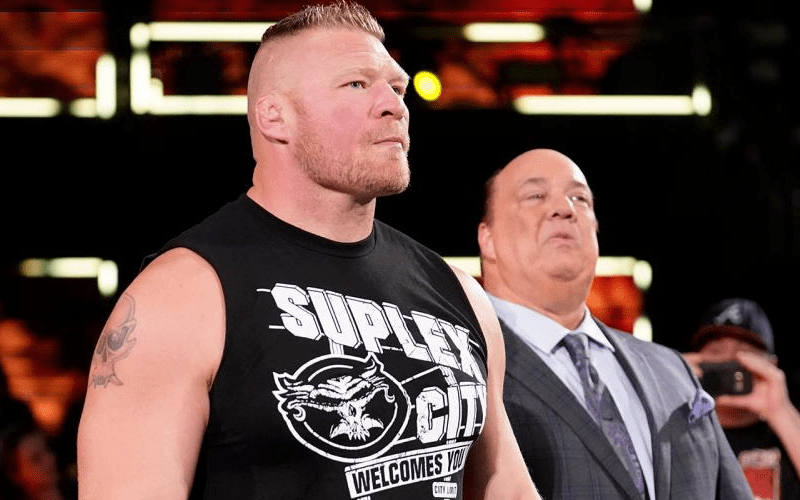 Brock Lesnar will face Kofi Kingston for the WWE Title on October 4th. This was set up by a big surprise on SmackDown Live and WWE really kept Lesnar and his Advocate Paul Heyman hidden.

We previously reported via Brad Shepard that Brock Lesnar was expected back before SmackDown’s move to Fox. That’s exactly what happened, but WWE did a lot to keep it a secret.

Mike Johnson said during PW Insider Elite audio that there were people backstage who were legitimately shocked when Paul Heyman and Brock Lesnar showed up on SmackDown Live. They kept the two hidden before the big reveal and WWE pulled off a great surprise in the process.

“They hid Heyman and Brock. You know Heyman wasn’t around the show [on Tuesday]. You know they kept him hidden. Heyman wasn’t helping people with promos, bouncing ideas off of others — Heyman was nowhere to be seen. In fact, you know there were people who were shocked when he showed up in Gorilla Position because they assumed that he had left and gone home.”

Paul Heyman didn’t go home without ruining Kofi Kingston’s night by letting him know that he is about to face the biggest obstacle in his championship reign on October 4th.

We’ll have to see if Brock Lesnar ends up becoming the WWE Champion upon SmackDown’s move to Fox, but WWE certainly did a lot to keep the match a secret.