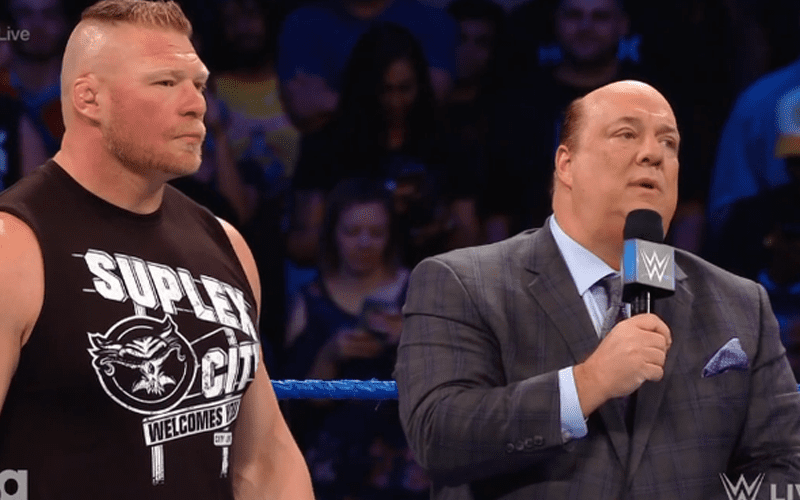 SmackDown Live was going just fine. The New Day won their opening match against The Revival and Randy Orton. Then the unexpected happened as Brock Lesnar appeared on the blue brand’s show.

We previously reported via Brad Shepard that Brock Lesnar would be appearing on WWE television before SmackDown’s October 4th debut on Fox. It looks like that’s what happened tonight.

Brock Lesnar’s music hit and he appeared on SmackDown Live. Paul Heyman was with him and they approached Kofi Kingston in the middle of the ring.

Then Paul Heyman laid down a challenge to Kofi Kingston for a WWE Title match on October 4th. This will be a huge match to kick off SmackDown’s run on Fox.

Kofi Kingston accepted the challenge and then ate an F5 from The Beast Incarnate.