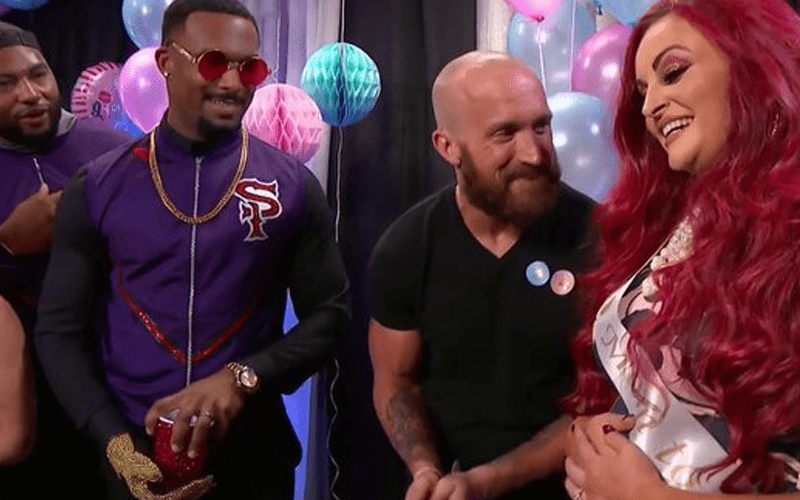 WWE held a big gender reveal segment on RAW this week hosted by the Street Profits. A lot of Superstars were in attendance, but not many of them are used much in WWE.

Ricochet was the only real exception in the crowd and that resulted in him actually having a match against Mike Kanellis that the One And Only won. In the end, this whole segment resulted in Rusev’s surprise return.

One fan noticed Sarah Logan on screen during the gender reveal segment. It was also apparent that she felt rather uncomfortable about the whole situation.

When one fan called Logan out for looking uncomfortable during Mike and Maria Kanellis’ big gender reveal, she had a very short reply to explain things.

This simple statement from Sarah Logan could make her a huge heel or an incredibly over babyface depending on the mindset of any given fan. It is her own opinion though and we have to respect it.

This also might be a sign that Raymond Rowe and Sarah Logan aren’t too eager to start having kids just yet.