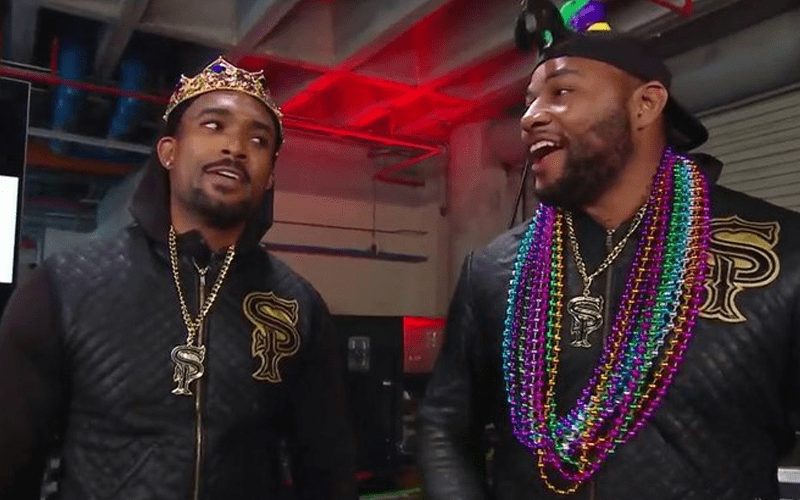 WWE has written a lot of very interesting angles in the past, but this one could go a lot of different directions.

The Street Profits are getting the reputation of being able to lead some very entertaining segments. Now they will really have an important one to handle.

Mike and Maria Kanellis are expecting their second child and they haven’t announced the gender of their second baby. WWE announced that they are going to let Montez Ford and Angelo Dawkins do the honors.

RSVP now because you do not want to miss it when Maria Kanellis reveals her child’s gender at a special Gender Reveal party tonight, hosted by The Street Profits. Angelo Dawkins & Montez Ford invite you to be a part of the festivities live tonight on Raw.

Let’s just see how this one turns out. If anything, it will probably be very entertaining considering Ford and Dawkins’ track records.