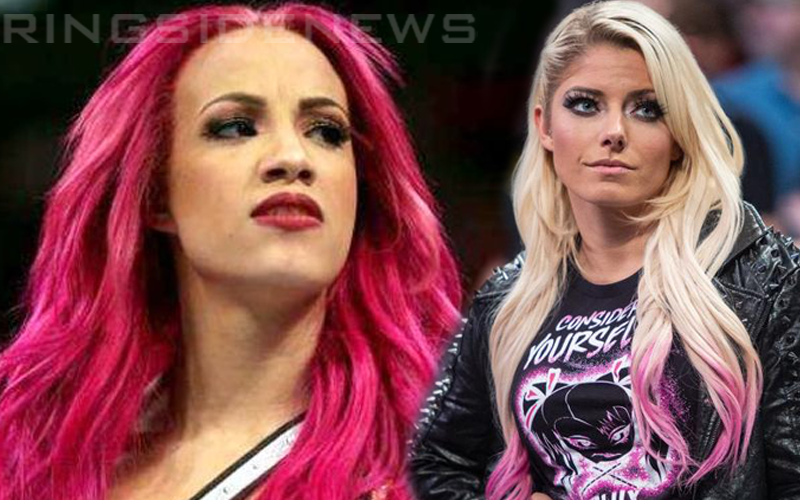 Sasha Banks is a hot topic of conversation right now and it looks like there might be more heat than just what she is harboring for WWE. Because Alexa Bliss didn’t seem to appreciate The Boss on social media much at all. This reportedly escalated into real life as well.

Brad Shepard said on Oh, You Didn’t Know that at the time of her apparent exit from WWE, however temporary it might be, Banks and Alexa Bliss were being kept separate from each other backstage.

“I was told [Sasha Banks] has to be kept separate from Alexa Bliss for the time being as well.”

This is interesting considering how Sasha Banks was blocked by Alexa Bliss on Twitter just before the reports of Banks telling WWE that she wants to quit came out. However, the reasons for Banks wanting to quit had little to do with Bliss from what has been reported.

Only time will tell if this situation will get any better, but apparently, it was bad enough that they needed to be kept away from each other for the time being.