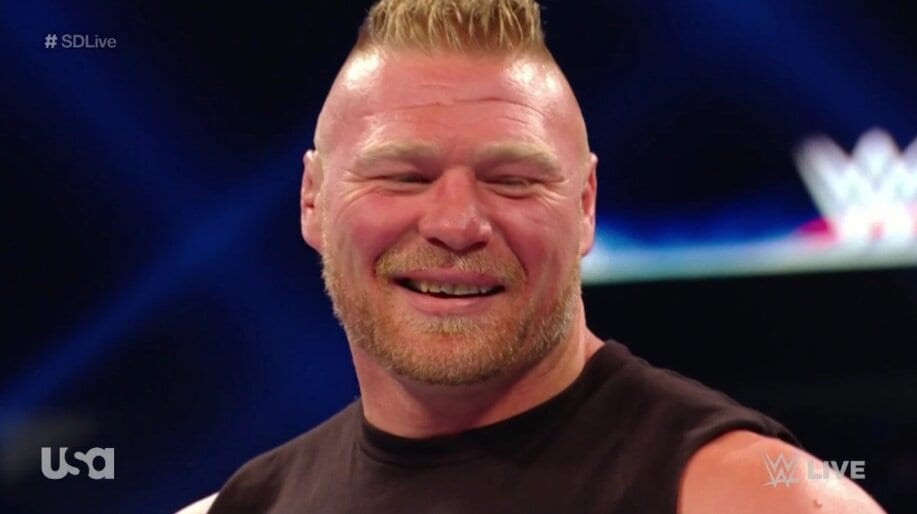 Brock Lesnar surprised us all when he made his return to SmackDown Live. After all, he’s usually on Raw. His next match will be on SmackDown as well which is an even bigger rarity.

Lesnar will wrestle Kofi Kingston for the WWE Title on October 4th. This big match on SmackDown’s Fox debut will be a historic moment for more reasons than one.

The last time Brock Lesnar wrestled on SmackDown was on March 2nd 2004 against Hardcore Holly. The match aired on March 4th and featured Lesnar riding to the ring on Steve Austin’s fourwheeler to The Rattlesnake’s entrance music.

Yes, Lesnar won that match 15 years ago. Let’s just see if he’ll win on October 4th when the stakes are even higher.

You can check out that moment from WWE History in the video below or click here if you’re having problems viewing it.