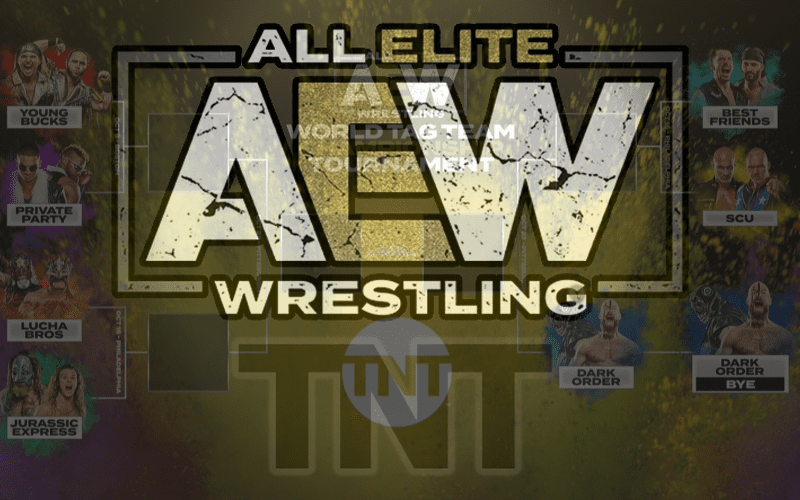 All Elite Wrestling will need to crown World Tag Team Champions and there is going to be a big tournament to decide the first champions.

The AEW World Tag Team tournament will run on AEW television until October 30th when winners will be crowned in Charleston, West Virginia live on TNT.

Today, AEW released the brackets for that tournament and a lot of very good matches are possible.

The Dark Order won a first-round bye in the tournament with their win at AEW All Out against The Best Friends. The Jurassic Express also won a fan vote over Angelico and Jack Evans to become the only winless team in the tournament.

It is also very interesting that The Young Bucks vs. The Lucha Bros could be a semifinal match.

It looks like there are going to be some big big matches on AEW television in the weeks leading to their episode one day before Halloween when they will crown first-ever AEW World Tag Team Champions.