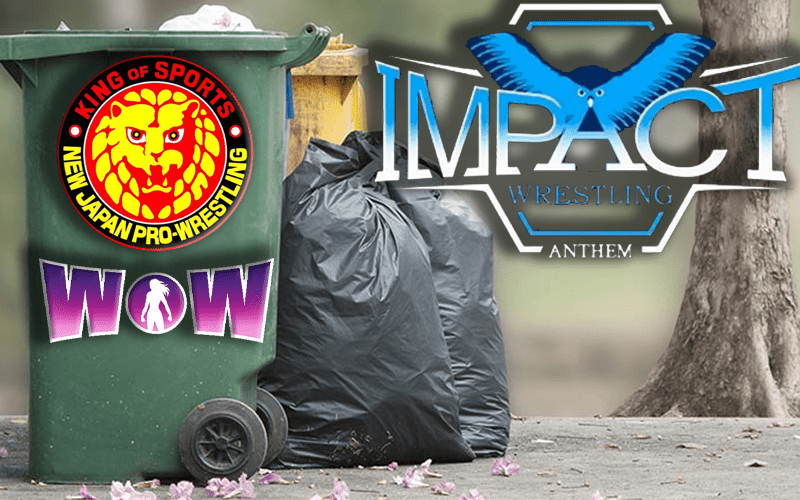 Impact Wrestling really got lucky when their parent company Anthem Sports bought a majority stake in AXS TV. This has already amounted to a lot of losses for AXS TV and a lot of good people lost their jobs.

AXS TV will be the new home of Impact Wrestling, but the channel is also the location of NJPW and WOW’s television shows on Saturday nights. It’s worked out as a great block of programming, but there are some questions regarding their future on AXS TV.

Now PW Insider reports that both the New Japan and Women Of Wrestling shows are pre-empted next week. Instead, the channel will be airing the 2019 Farm Aid concert.

It isn’t a full cancellation or even a move, because both shows will be returning the next week.

It will be interesting to see what the future for WOW and NJPW are on AXS TV. New Japan has a deal with AXS TV until January 2021 and WOW already taped the rest of season two which is currently airing on the channel.