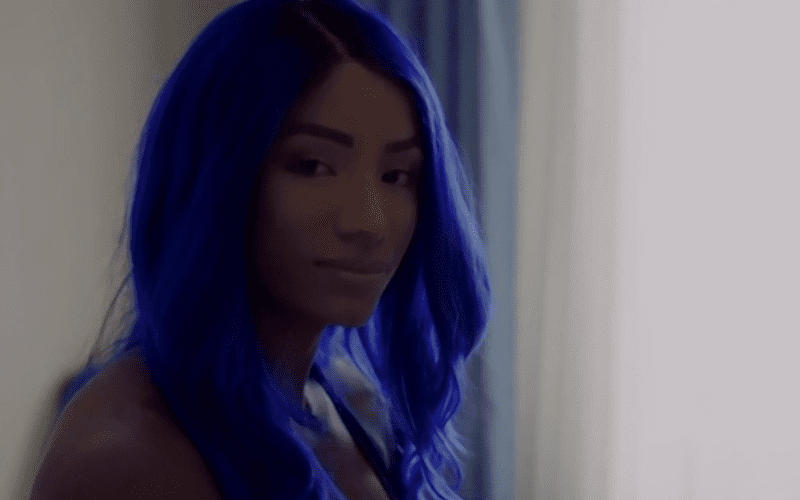 Sasha Banks had a lot of rumors swirling about her after she walked out of WWE after WrestleMania 35. During “WWE Chronicle: Sasha Banks,” she addressed one very specific set of reports.

We previously reported in-depth about why she walked out of WWE, click here to read all about her reasons.

There were reports that she and Bayley were laying down on the floor in the locker room and in the hotel during WrestleMania. This was supposedly out of protest, but Sasha Banks took on these rumors in a big way.

“It was just like, ‘How the hell do they make up this stuff too,’ like I saw so much stuff like ‘crying on the floor of a locker room’ — No. I took my clothes off, got dressed and went to go stand with the fans with Pam [Bayley] watching the main event because I was so happy for those girls.”

“You can let them think whatever they want, because they’re not going to change and I’m not gonna change for them. I just have to change what makes me feel good for myself and I think that’s the best part just like talk about me, good, bad it doesn’t matter — talk about me.”

This is very interesting because during Sasha Banks’ own promo on RAW, she admitted to these protests. That means that they are copping to these events in the storyline, but they want the “real story” to reflect something different.

It is a very interesting situation, but the important part is that Sasha Banks is back in WWE and going with full steam once again.