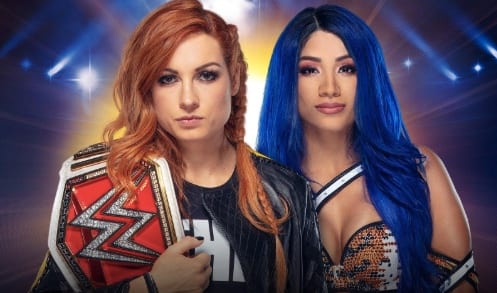 As seen on Sky Bet, the betting odds for Becky Lynch vs Sasha Banks at WWE Clash of Champions have been released.

It’s fair to say that this is going to be one of the most highly anticipated showdowns on the card this weekend, as Sasha Banks attempts to prove why she’s been bigging herself up so much ever since she returned to WWE television.

Her heel turn certainly caused quite a stir and also led to Bayley turning heel, too, ensuring the official divide of the Four Horsewomen. Now, though, after all of the talk, all that is left is for these two to throw down with the RAW Women’s Championship being up for grabs.

In terms of the odds it’s incredibly close between the two, with Becky Lynch being given the slight edge as the favourite at 4/5. Sasha Banks is the official underdog with odds of 10/11, but it really is too close to call at this stage.

That should certainly worry fans of The Man, as there has been quite a lot of support for Banks in the wake of her recent heel turn. Obviously there’s a big jump between making an initial impact and capturing the title itself from one of the most over superstars on the main roster, but if anyone can do it, Sasha can.

Either way, you can bet that we’re going to get one hell of a match – as will almost certainly be the case in the other Horsewomen showdown between Charlotte Flair and Bayley.