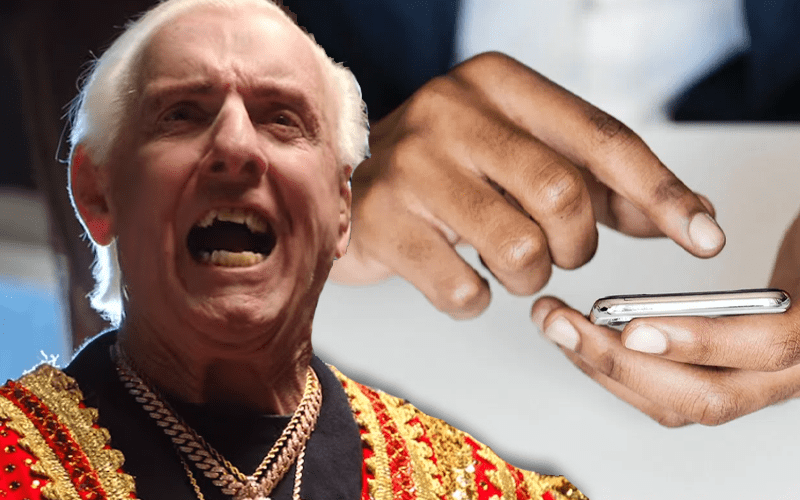 Ric Flair is not giving up without his money and he wants to get paid for WWE using The Man. Now he’s threatening legal action.

We previously reported that Ric Flair is now considering legal action against WWE if they don’t pay him for the phrase that he’s been using since the 1970’s. He also titled his autobiography, “To Be The Man…” For the record, his book is a fantastic read.

The Wrestling Observer Newsletter reports that Ric Flair had no issue with Becky Lynch using “The Man” while she feuded with Charlotte Flair, because it added to the story. The two sides acted as if a deal would be worked out so The Nature Boy could get paid, but he wasn’t.

Then things went wrong when an attorney no-sold Naitch when he asked for his cash.

He evidently got hot at a WWE lawyer for telling him he had no case for royalties from the phrase. Flair said his attorney called WWE and they blew off his attorney. This has actually gone on as an issue between Flair and WWE, but Flair hasn’t stopped attending shows and WWE still featured him on Raw Reunion, nor has it affected his daughter’s booking since he filed for ownership of the name

As we previously reported this situation has also caused some heat between Charlotte Flair and her 16x World Champion father as well. We really hate to hear that.

Ric Flair did keep appearing for WWE in various roles when they needed him. It’s always great to have him around, but we’ll just have to see how often he shows up as this situation continues.