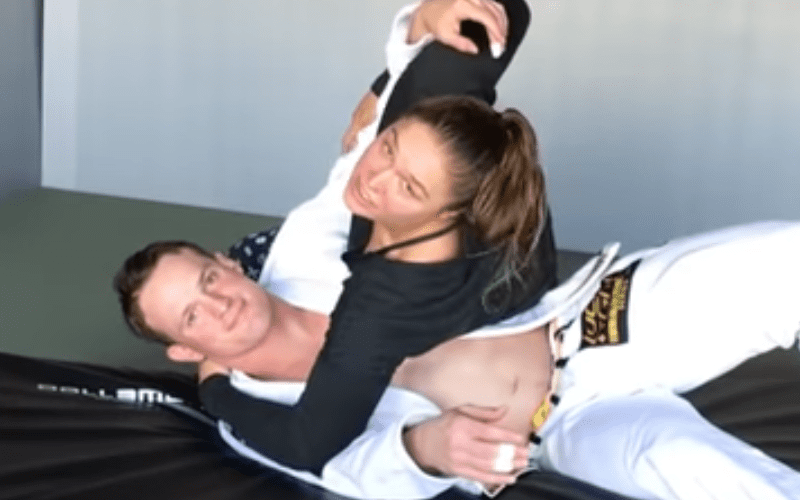 Ronda Rousey might have an injured finger right now, but she can still perform a judo throw.

The former RAW Women’s Champion recently uploaded a video to her YouTube Channel where she provided some instructions on how to perform a judo throw.

She certainly hasn’t lost any of her judo skills as Rousey gave step-by-step instructions about how to toss someone around.

Rousey gave some extra pointers that worked for her after a career’s worth of experience. She wasn’t trying to be funny as she gave exact instructions like a seasoned professional.

She showed off an Osoto Gari throw followed by some “particular little things.”

She showed off how a throw should look in the “polite” way and then she admitted that her mom would yell at her for doing it that way. She said you’re supposed to fall on your opponent which she demonstrated in her second attempt.

You can check out the entire video below or click here if you’re having problems viewing the video.