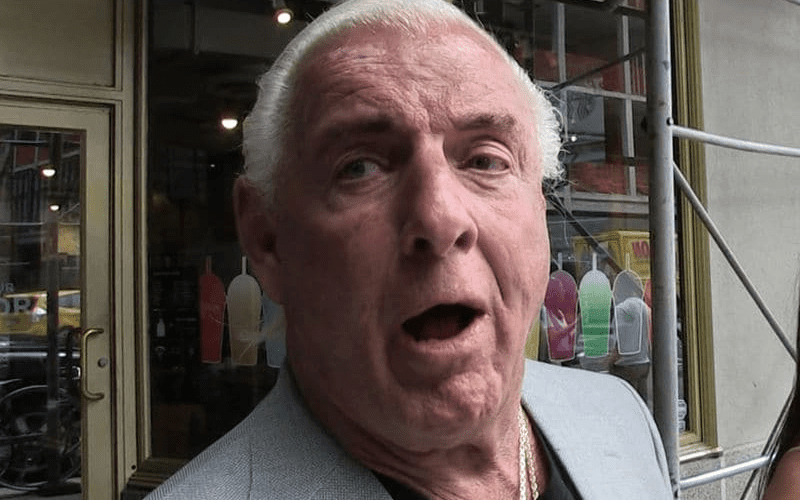 Ric Flair is making headlines recently because of the fact that the wants paid for WWE using “The Man” so often. Now Flair has pulled out of an upcoming appearance, but it doesn’t have anything to do with WWE.

Ric Flair was previously scheduled to appear at Arkansas Comic Con in Little Rock over the weekend, but he didn’t show up.

F4WOnline reports this had nothing to do with a health issue, but instead it apparently dealt with travel issues of some kind.

The convention made an announcement over their Facebook page to let their fans know about the bad news.

Just received the news from his agent that Ric Flair will be unable to attend this weekend in Little Rock. We will miss his infectious energy here, but we know that he wanted to meet the fans as much as we wanted to see him again.

To see the list of attending guests and the other fun we have planned for this weekend, please visit www.arkansascomiccon.com

For anyone who had professional photo ops through Wolf Studios Photography scheduled with Ric, your refunds will be automatically processed.

It will be very interesting to see if Ric Flair continues to appear for WWE when they call him. He is slated to be at the October 4th SmackDown debut on Fox. With his latest issues about who’s The Man, we’ll keep an eye on that situation.