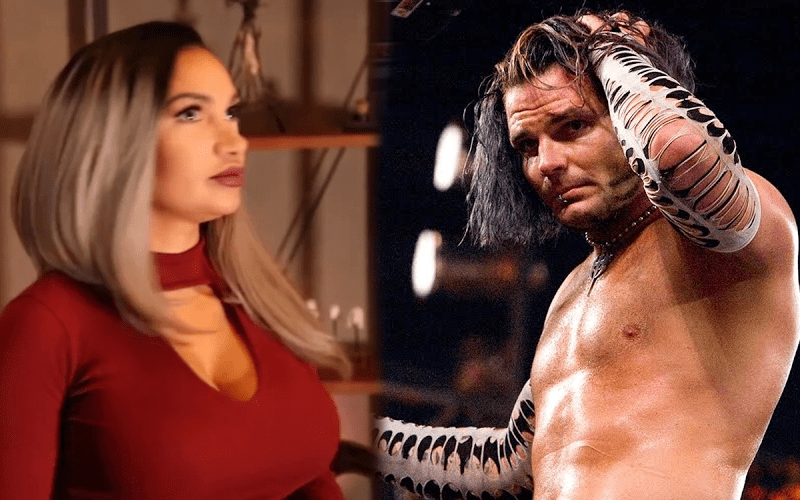 Reby Hardy is well established in the House Of Hardy, but she only wants Matt Hardy swanton bombing her.

Hardy recently tweeted out that she wanted her husband Matt Hardy to “swanton in da p*ssy.” This came from a rap song and it was quite priceless to see Matt Hardy’s face when he heard those lyrics.

When one fan accused Reby Hardy of getting the lyrics to the song wrong, that’s one thing. Accusing her of wanting to sleep with Jeff Hardy is another story, so Queen Rebecca had to reply.

I would rather eat a whole jean jacket

It looks like Matt Hardy has no worry at all of Brother Nero swooping in an taking Reby Hardy. It’s good to know, but to use a metaphor like “eat a whole jean jacket” is a very interesting comment to make.