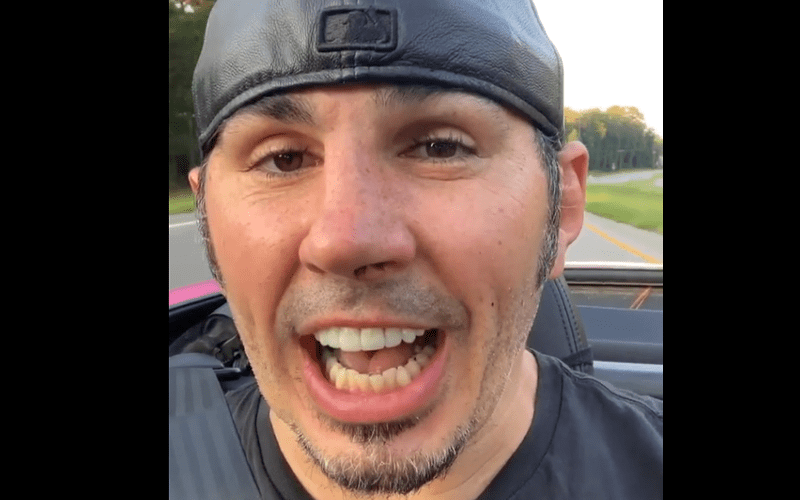 Matt Hardy might have been just as surprised to read the tweets from his wife as the rest of us were, but they came from a rap song the two were enjoying while on a date night.

Last night we reported that Reby Hardy tweeted out that she wants Matt Hardy to “swanton into da p*ssy.” Yes, Matt’s move is the Twist Of Fate, but Reby knows what she said.

Matt Hardy uploaded a rather funny video on Instagram where he reacted to the rap song that this lyrics came from. It was pretty great to hear him try and tame his wife’s language, but it’s hard to be TV-PG around Queen Rebecca.

You can check out the video below. He was enjoying a pretty fun ride in his wife’s convertible. It was date night for the two and they were obviously making some big plans for later that night, at least Reby Hardy was.