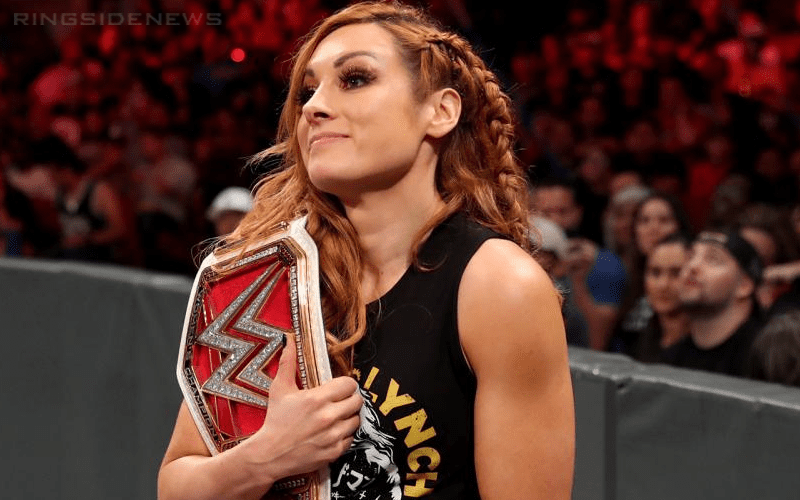 WWE has to make a certain amount of plans in advance, but it seems like we might have a good idea about what to expect from SmackDown’s move to Fox.

We previously reported that Becky Lynch was among those Superstars featured on a commercial for SmackDown on Fox that is currently running. That is very interesting.

In case you thought that was a mistake, Fox aired another little commercial for SmackDown in the middle of their NFL game between the Washington Redskins and the Philadelphia Eagles. As you can see, Becky Lynch is featured in this commercial as well and she’s not holding the RAW Women’s Title either.

This is very interesting because Becky Lynch is currently the RAW Women’s Champion. If WWE goes back to exclusive rosters for each brand then that could mean an end to her reign if she’s called to the blue brand.

As we previously reported, the WWE Draft isn’t expected until the second week of October after the new television deals set in.

Becky Lynch is currently slated to defend her RAW Women’s Title against Sasha Banks at Clash Of Champions on September 15th. She also just recorded a run of ESPN Sportscenter commercials with her title in tow.

We’ll have to wait and see what happens next, but SmackDown’s move to Fox could mean some big changes.