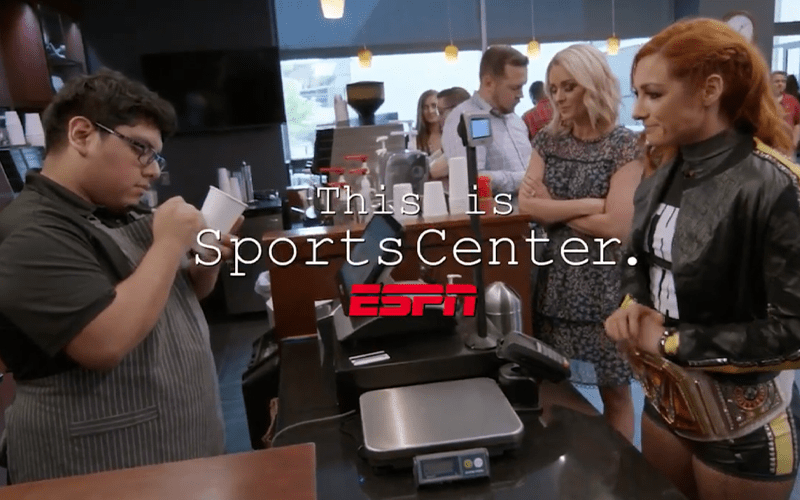 Becky Lynch goes by many names, just don’t ask her what her name is.

Sportscenter will run funny commercials with athletes on a regular basis and WWE has received a couple in the past. Now Becky Lynch’s name is apparently big enough to get a rub from ESPN as well.

Lynch debuted her new Sportscenter commercial and it’s pretty darn funny. A barista asks Lynch what her name is and she unloads on him with a promo until she realizes that all he needs is a name to write on her cup of coffee.

It’s also very interesting how she’s sporting the RAW Women’s Title in this commercial and makes reference to being the red brand champion. Take that as you will.

She did three commercials in total so far. Hopefully, there will be plenty more to come because they are quite entertaining.