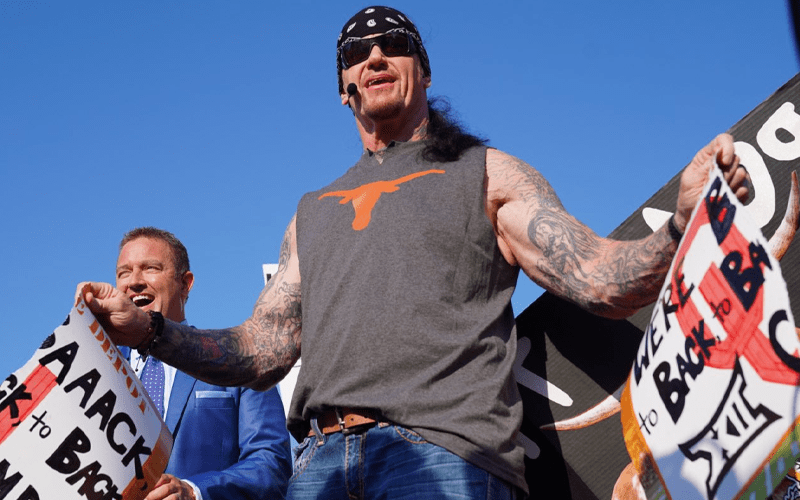 Ric Flair is threatening legal action against WWE if they don’t pay up for usage of “The Man.” After all, Becky Lynch has made a lot of merchandising money off that moniker. It looks like The Undertaker might agree with Naitch.

While appearing at ESPN College GameDay, The Undertaker got a great reception. He also talked a lot of college football, but he did discuss pro wrestling a little bit.

The Nature Boy’s name came up in conversation and The Undertaker exclaimed:”He’s the man.”

We will keep you posted on the on-going story regarding Ric Flair’s pursuit for some kind of royalties from WWE for their usage of “The Man.” In the meantime, it seems like he has The Dead Man’s endorsement.