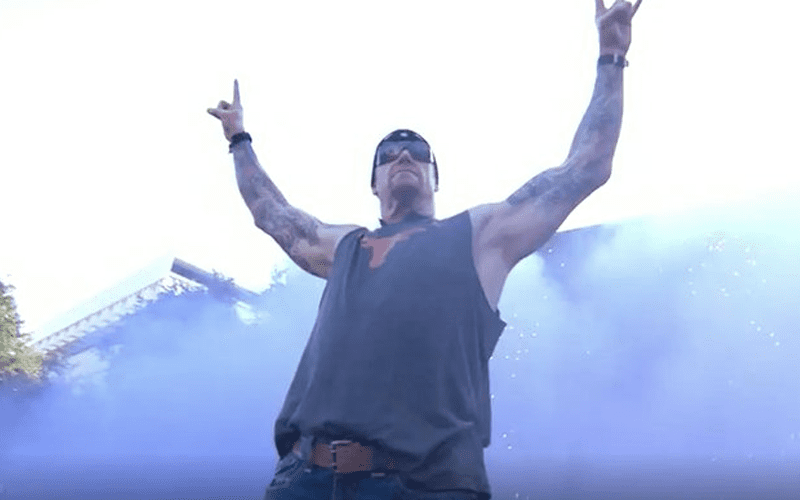 The Undertaker is making appearances that he normally wouldn’t do. He signed a new deal with WWE that is practically a lifetime commitment, but the company obviously has no problem with him showing up on ESPN’s College GameDay.

The Dead Man got a pretty great reception when he came out and they even gave him some pyro. Obviously, they understood how cool it was to have Taker on the show.

You can watch a clip below of his entrance at ESPN College GameDay. He seemed to fit in on the panel pretty well and knows a thing or two about football, especially the Texas Longhorns.

WWE fans won’t have to wait long to see The Undertaker make a return to the squared circle either because he is scheduled to be at SmackDown this week. Taker might not be wrestling in MSG this Tuesday, but it’s always great to see him on television even if he’s talking football.