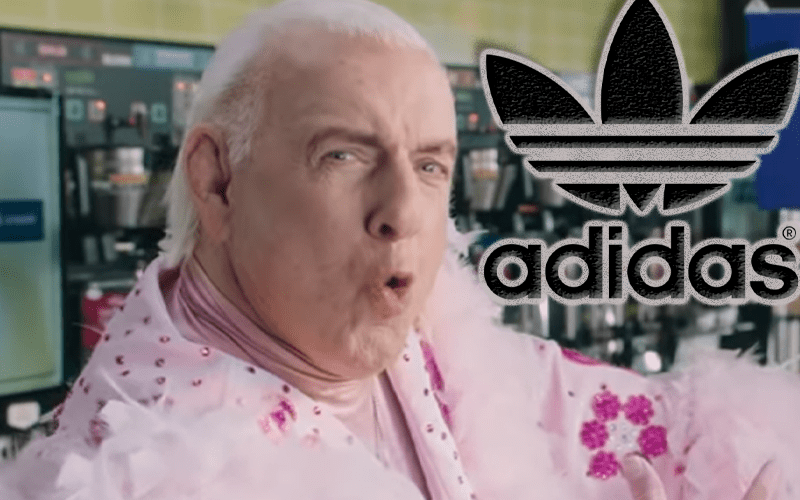 Ric Flair is always looking to get in on any action he can to make a buck. Now he’s in the sneaker game.

Naitch didn’t really reveal exactly what this deal entails, but he did rattle off a few NBA ballers that he can’t wait to work with.

Ready for the good news? Adidas thinks I’m ‘The Man.’ I signed a deal with them, and we’re fixin’ to make Nike the 2nd brand. It’s not gonna be Air Jordan anymore, it’s gonna be Air Flair, and I can’t jump.”

“This is me and Damian Lillard. Harden, James Harden, who I love and should be the MVP. Nike’s gonna be [outta here]. We’re gonna fire a shot over Phil Knight’s bow.”

This isn’t the only fight that Flair is currently engaged in outside of pro wrestling. He also has a stake in “The Man” and is threatening legal action against WWE unless he can get paid.

Let’s see if The Nature Boy’s help will lead ADIDAS to victory over Nike whose name is literally a tribute to the Winged Goddess of Victory.