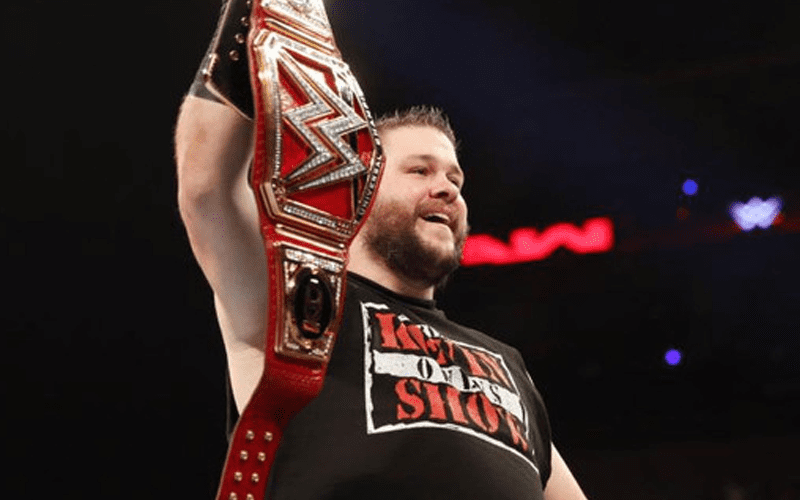 Kevin Owens had a lot of fun as WWE Universal Champion and it all culminated with Goldberg taking the title from him just before WrestleMania. This might not have been the way KO envisioned his Universal Title run ending.

While speaking to Sports Illustrated, Kevin Owens commented on his Universal Title run. He stated that his previous comments about not enjoying his time with the title might have been misquoted. The problem is that he has trouble enjoying anything because he’s always thinking about what will come next.

“I think people misquoted me on that Universal champion thing. I did enjoy the run and being the champion, I was just always worried about what would happen next. I wasn’t enjoying the moments enough, and now looking back, I wish I concentrated more on savoring the moment.”

“I’m still always worried about what’s next. Jimmy Jacobs, who used to work here, said it best in the DVD that WWE produced about me when he said, ‘It’s a gift and a curse that Kevin always wants more.’ But I’ve learned to be better at enjoying the moment. I had a conversation with Shawn Michaels a while back when I was leaving for my surgery, and that was a big help for me and helped me open my eyes. The biggest help came from my wife and my kids while I was off. I still think about this probably a lot more than most people do, but that’s something I just carry with me. But I am enjoying things a lot more.”

“I definitely enjoyed it, it’s just that I didn’t appreciate the moment enough. It was a mistake how I didn’t take the time to appreciate it, but I’ve learned from that mistake, and, if it ever happens again, I’ll have a very different mindset.”

Kevin Owens very well may get to a point where he can become champion once again. In the meantime, he seems to be savoring every moment he can in his current run while he dishes out Stunners.