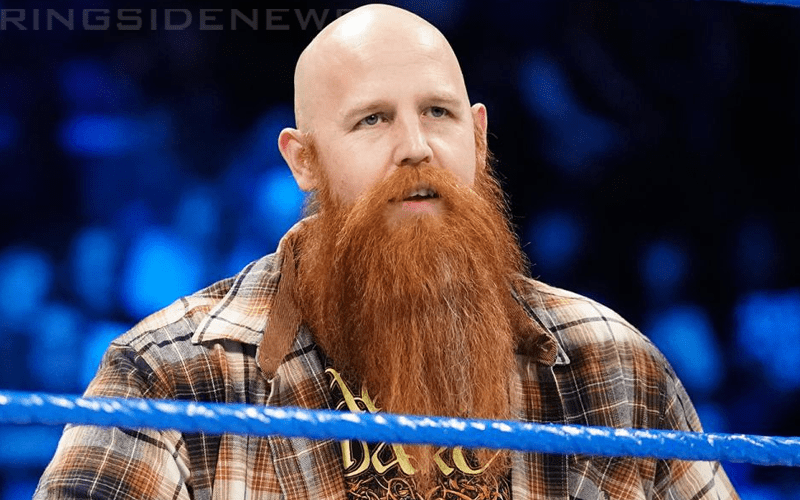 Erick Rowan appears to be getting much more of a focus and now it looks like he’ll be getting some new ring gear as well.

Kylla Custom Rockwear isn’t just for leather jackets and rock star apparel anymore. They have been designing some pro wrestling gear as well.

The account recently posted a picture with Rowan and it looks like he’s getting some new gear from them. It should be a pretty cool design considering the studio’s previous work.

Even if they design a leather jacket for Rowan that would be a big departure from Daniel Bryan being his mentor. After all, he demanded a hemp WWE Title be made to get them away from the old leather look.

Sonya Deville also enjoys their clothing. The leather jacket she’s been seen rocking was made by Kylla Custom as well.

We’ll have to wait and see what they come up with, but Erick Rowan could be getting a change from his usual cut up t-shirt and traditional pants that we’ve come to know him wearing.