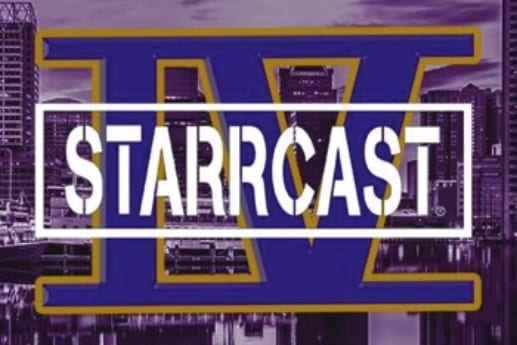 The always popular Starrcast came into effect for the third time during All Out weekend, with the general belief being that this would be the final time they would run it in any capacity.

Alas, that hasn’t proven to be the case, with Cody Rhodes and Starrcast themselves confirming that Starrcast IV will be going down in Baltimore, Maryland this November during AEW Full Gear weekend.

Full Gear will serve as the final big pay per view event of the year for All Elite Wrestling, and it appears as if they are more than willing to stack the deck in order to try and pull off another memorable event.

The four-day extravaganza will almost certainly feature some of the biggest names in the business once again, and with it taking place just one month after the debut of AEW’s weekly television show, we should have a pretty good idea by then as to how things are going for the promotion in the early stages of the Wednesday Night Wars.

We always knew that the next few months were going to be incredibly important for the world of professional wrestling, but now, AEW has taken it to another level by ensuring that fans will once again get the chance to enjoy one of the best wrestling conventions there has ever been.

The fact that it’ll be in Baltimore is intriguing too, and some will almost certainly view it as a risk given that it isn’t as big of a market as Las Vegas and Chicago. Still, it’s an intriguing approach.