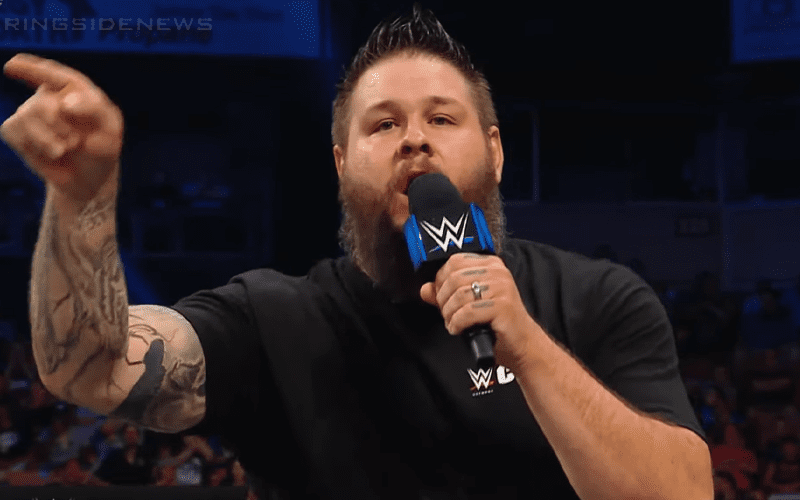 Whenever a notable star doesn’t appear on WWE television, it sets off question marks from the WWE Universe as to where they are and why they aren’t being featured on the product.

One such example came last night when Kevin Owens, WWE’s newest crusader, was nowhere to be found on SmackDown Live. The former Universal Champion is coming off the back of a big win over Shane McMahon at SummerSlam, which many considered to be the first step in his climb back to the title picture.

While it may take a while before he ascends to those kinds of heights, the most important question at hand was why he seemingly wasn’t booked to be on the show at all.

As it turned out, Owens had a fairly good reason behind not wanting to leave his wife and kids trapped in a potential hurricane situation. It all wound up working out just fine, meaning that we’ll almost certainly see Kevin return to our screens with normal order being resumed next week.

Travel plans often cause issues for WWE superstars, and it’s been that way for many years now. Whether a flight causes someone not to be at a house show or they even miss a pay per view due to the extremity of their travel issues, it’s something that will continue to happen as long as public transport remains as poor as it is.

This one can’t be entirely blamed on public transport, but still, it’s worth ranting about from time to time.