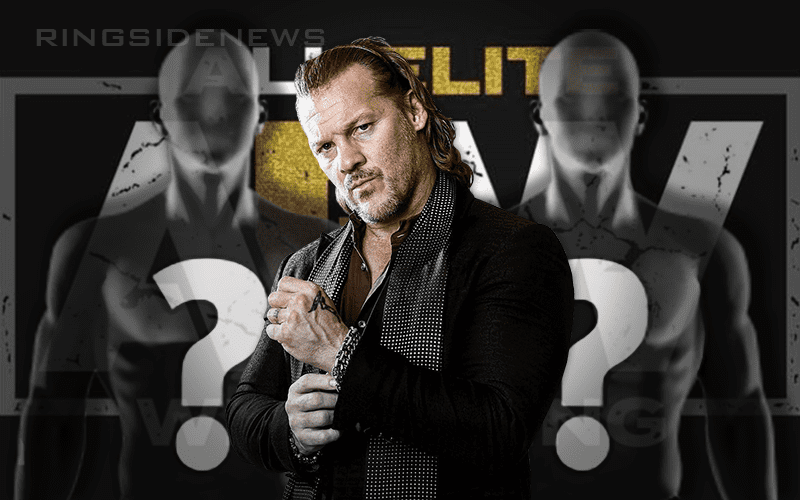 There are a few people on the AEW roster that Chris Jericho can see big things for. Private Party definitely have a bright future in the business.

During Talk Is Jericho, Y2J revealed that Private Party asked him permission to use a move that sounded a lot like Chris Jericho’s “Judas Effect” spinning elbow finisher. He asked them not to use that move which is probably for the best, but the great part is they had the forethought to ask Jericho about it in the first place.

“Private Party whatever they are 15 years old or 22 years old — they’re young guys obviously. They actually had the respect to come up to me and say, ‘We have a double team move it’s like a double spinning back elbow.’ I’m like, ‘If you guys could probably not do that one for a while and I promise not to do — well, I can’t do any of the moves that you do so, give Dr. J his little spinning elbow. Let me try to get that over before you guys try to steal it with two of them at the same time and we can go from there.'”

Jericho said that he’s a big fan of Private Party. It’s easy to be a big fan of them from the first time you watch them work as well. They have an energy that really does translate live or through the television set as both wrestlers are incredibly hungry for the business.

They just can’t use their double spinning elbow for a while as Jericho is still winning matches with The Judas Effect.