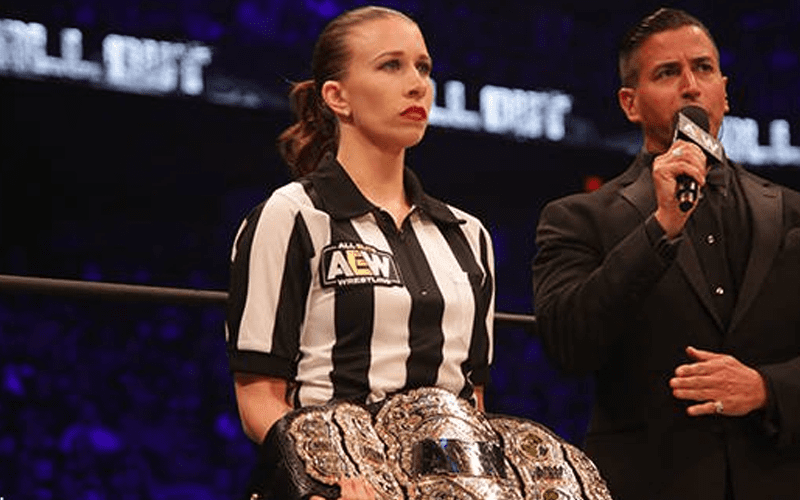 AEW All Out was historic for a couple of different reasons. One thing a lot of people might have glossed over was the fact that Aubrey Edwards made history as the first female to ever officiate a world title match.

Chris Jericho revealed during the latest episode of Talk Is Jericho that it was his call to have Aubrey Edwards officiate the AEW World Title match at All Out.

He stated that Edwards is his favorite referee and their styles mesh very well. He also stated that having a female officiate a World Title match would also be historic which is what it needed to be.

In the end, it was Aubrey Edwards who presented Jericho with his new title. The fact that he lost it less than 24 hours later is another story entirely.