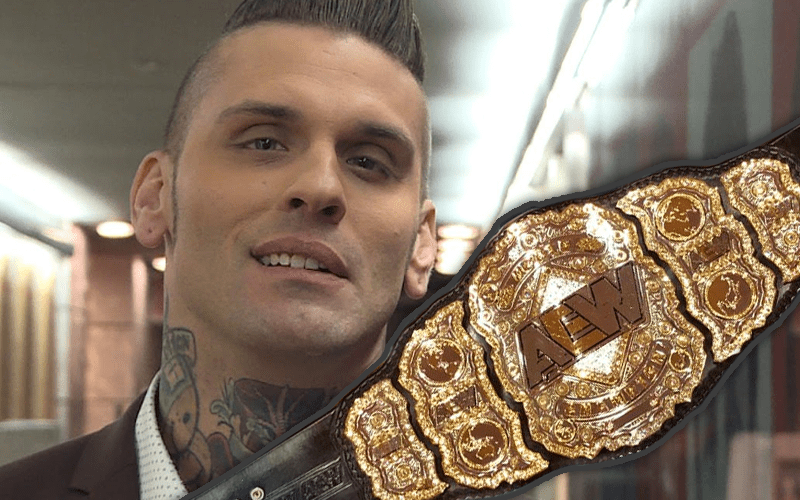 Chris Jericho had his AEW World Title stolen from him while he ate at a Longhorn steakhouse. It was supposed to be in his rented limo. Corey Graves definitely read that story.

The WWE 24/7 Title changed hands a few times tonight. As Drake Maverick was trying to leave the arena as champion, Corey Graves could be heard delivering a zinger on commentary about Jericho’s stolen title.

“I’m sure he’ll celebrate and take a limousine to a chain restaurant.”

Hopefully, the AEW World Title turns up because it’s hard to imagine that someone would actually hang onto it at this point considering how much coverage it has received.

Some people think this is a work after Jericho’s video message about the theft, however, a real police report was filed. Either way, it was definitely something Graves felt the need to tip his hat toward on commentary during a live WWE television show.