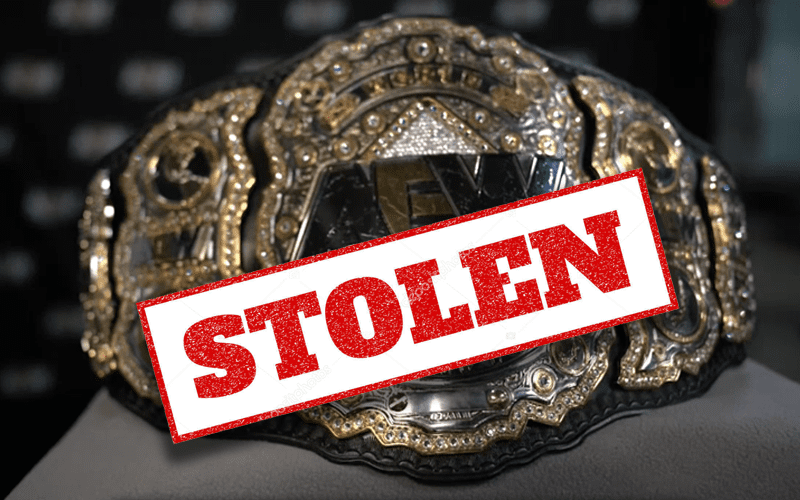 Chris Jericho won the AEW World Title at All Out on Saturday night, but now the belt has apparently been stolen.

What at first some thought was a really good online prank has been confirmed as David Bixenspan tweeted out: “Tallahassee Police confirm that this is real. Jericho’s belt was stolen.”

A police blurb has come to light telling the story of Chris Jericho having his AEW World Title stolen. You can read the entire report below to see what happened.

The victim reported the theft of his championship wrestling belt while he was eating inside Longhorn Steakhouse. The victim stated he arrived at the Millionaire Club Airport Terminal and placed the belt inside his rented rented limousine. The limo driver shuttled the victim to Longhorn while the limo driver returned to the airport. The victim had taken the wrong luggage from the airport and the driver took it back to the terminal. When the driver picked up the victim from the restaurant, the belt was missing. Responding officers searched the limo and the airport for the belt without success. On-call CID was consulted, and forensics responded to the scene.

Hopefully, whoever stole Jericho’s title will return it. This is a huge shame and we really can’t believe it’s happening.

If anything, you know that it will be brought up for years to come because this is just another story that can only happen in pro wrestling.