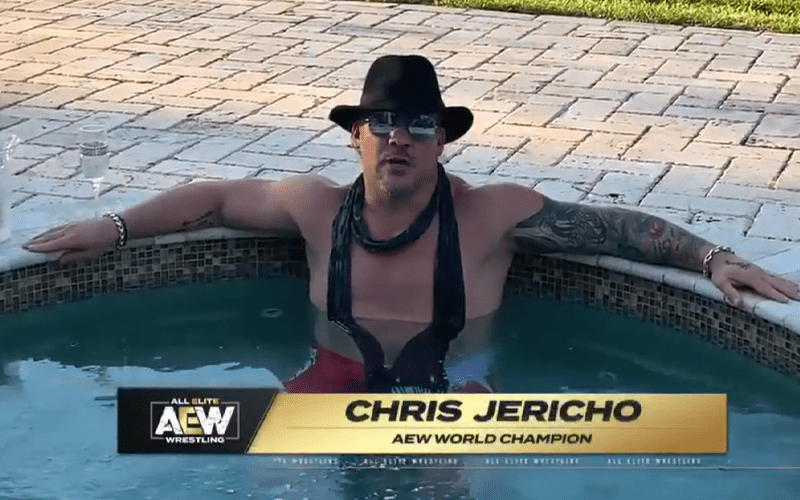 Chris Jericho’s AEW World Title was stolen out of his rented limo while he ate at a Longhorn Steakhouse. Now Y2J is breaking his silence.

In an official video released by AEW, Chris Jericho addressed the theft of the title he worked so hard to earn. Y2J said that “some low-life scumbag” robbed him of his title.

Once Y2J cracks the case he will finally get the “thank you” he so rightfully deserves.

In case you’re wondering, Chris Jericho also opted to turn down Arby’s offer to make him a new title to replace the one that was lifted.